– timeandtide: Which Hal do you prefer to play: suave, in control, blooded-up Hal or the buttoned-up, off-the-blood Hal?
Damien Molony: Hi timeandtide, cop-out answer, I love playing Hal, full stop. I love fighting his present-day battles, be they the struggles of bloodlust and his self-doubt, his shame at what happened to Alex, his suppression of his horrific past and his endless need to be ‘in control’.
But then I love exploring his history, being ‘out of control’, the confidence, playing with his prey. And of course, there are other sides to Hal which I REALLY loved playing that haven’t been shown on Being Human… yet.

– adam_c: Hi Damien :) Did you feel any pressure taking over from Aidan Turner as the main vampire on the show?
Damien Molony: Hello Adam (the ‘C’ stands for Craig, as in Roberts, right?) I did feel some pressure, of course. How do you follow Aidan? How do you replace Mitchell? He was such a brilliant character, and actor, adored and mourned. I had a responsibility to the writers, to the fans to not let the side down.
I tried not to think about ‘pressure’. I didn’t go around set thinking « oh, I can’t eat toast in this scene because Mitchell ate toast », or « oh Mitchell had long hair, so I should have short hair ». I just tried to be true to Hal as created by Toby, to bring my own interpretation of ‘vampire’, and then let the fans make up their own mind.

– JakeHamblin: Do you think you are like Hal? Not in a vampirey way, In an OCD, Radio 4 kind of way?
Damien Molony: Good question, JakeHamblin! I’d like to think I’m a lot more relaxed and easy-going than Hal, not sure my vocabulary is as accurate as his and my house certainly isn’t as tidy. Basically, I don’t own Marigolds. And I would never drink the blood of a girl I was taking out on a date. But, I do have some little tics especially when it comes to my scripts, music collection.
The closest I get to being a vampire suffering from blood-withdrawal, is (obviously) before I have a coffee in the morning… watch out…

– Jess:  Hiya Damien! Firstly I think you’re amazing and adore watching you as Hal in Being Human!   My question: If asked, would you ever consider playing The Doctor (Doctor Who) or starring as a future companion?
Damien Molony: Thanks Jess, that’s very kind of you. The Doctor is one of the most iconic parts for an actor to play, up there with Sherlock Holmes, James Bond, it is such an epic series. Following in the footsteps of so many great actors, it would be an honour to play The Doctor… wow, goosebumps! What about a Being Human/Doctor Who spin-off?

– katiess: Hey, Damien! What’s it like to work with Michael Socha?
Damien Molony: Hey Katiess! He’s not a nice person, the eyebrows are fake… joke! I absolutely love him (not ‘LUV’ him, real properly LOVE him), he made me laugh every single day we were on set together on Series 4 AND 5 and he is one of the best actors that I have ever worked with. I even made a rap about him, but I’m not telling you it… it’s just for him.

– annajedwardxo: Hey Damien, just wanted to say I LOVE Hal so much!   Anyway my question is: If you could bring someone back from a previous series who you haven’t worked with who would it be and why?  xxx
Damien Molony: Thank you Annajedwardxo. That’s a tough one, over those first three amazing series, there’s so many! Herrick DEFINITELY, Cara too. I would’ve loved to see if Mitchell and Hal ever crossed paths. And I’d really liked to have done scenes with George. And Graham and Sasha too. I could keep going…

– Toby: Hi Damien, you’ve probably been asked this a hundred times before but what was it that drew you towards acting, and where would you place Hal on a list of all the characters you’ve played in your career?
Damien Molony: Toby? Whithouse? Is that you?! I’ve wanted to be an actor all my life. Why? I suppose, I love films, I love the theatre. I love telling stories to people. I love tricking people into believing that I’m someone else. And I love immersing myself into new worlds with every character I get to play.
So with Hal, learning about addiction, researching Orsha for Hal’s prequel etc. Finding the reality in a supernatural story and sharing that with an audience. And Hal is easily one of the best characters, especially because I’ve had the opportunity to play so many different aspects of him… in so many different environments, past and present.

– Indigo Blues: Hi Damien!  Q: what is the most hilarious things you guys were up to doing down time on a shoot?  Love, Indigo x
Damien Molony: Thanks Indigo Blues. Trailer-Roulette was a highlight, as was filming the Online Exclusive Episode due out after Episode 3 next week.
Actually, in the first Online Episode this series, in one of the takes, the sandwich that Michael eats is a jam sandwich with about three spoonfuls of mustard in it. Michael is so good, that you never even notice. There are lots of jokers on set, leaving corpses in trailers and hiding under beds during scenes. It’s a brilliant show to work on.

– lakka30: Who’s your all-time favourite TV or film ghost/vampire/werewolf?
Damien Molony: Hey Lakka30, obviously Alex, Hal and Tom, with Annie, Mitchell and George running a very close second… I’m biased. ;-)
Ghost: do I be a wuss and say Truly, Madly, Deeply? Or go scary and say the spirits at the end of Raiders of the Lost Ark? Banquo’s ghost has always freaked me out too.
Vampire: I’ve always liked Danny Huston in 30 Days of Night, and Dracula (1931) is a must-see.
Werewolf: Honestly, I think the BH werewolf transformation sequences are the most excruciatingly uncomfortable scenes to watch, they make it look so real, so painful, and show that being a werewolf is not a glamorous superpower but a life-changing curse. An American Werewolf in London is always a winner too.

– sedavison: If Hal had been a ghost, what do you think would have been his ‘unfinished business’… and what would yours be?
Damien Molony: Great question! Hal’s unfinished business would definitely be to take over the world, Mwahahaha! My unfinished business (aside from working with Tarantino, Spielberg, Haneke and Scorsese on a new trilogy of films… yet to be achieved, let’s say) is, I don’t know, to score a goal at the Nou Camp. I’m not THAT into football, there’s just something about that ROAR of the crowd…

– Tiggy1991: My question for Damien… Its sooooo sad that Being Human is ending (I don’t know what I will do with my life now!!), what has been the best thing about working on a fantastic show like this?
Damien Molony: Hi Tiggy1991, I know, it is terribly sad that the series is ending, but firstly, what an ending and secondly, what an incredible five series there have been.
I’ve been so lucky to play such a brilliant character, to work with so many ridiculously talented and inspiring people; all the actors, Phil & Dan, Toby and all the producers and writers, all the crew. All of those people have become friends. It has been a brilliant two years of my life and I have a lifetime of great memories from my time with them all.

– BetsyL:  Hello Damien, my question is that out of all the episodes you’ve been in, which was your favourite to film?
Damien Molony: Hi BetsyL, I loved Series 4 Ep 7 and all my scenes with Andrew Gower (Cutler). I also loved Episode 2 last year, all my scenes with Leo and Pearl and moving into the house. And the scenes with Mr. Snow were great fun too. Series 5 this year, I loved doing Episode 1, Episode 3 was HILARIOUS fun to film, Episode 5 was brilliant to work on, so well-written and a rollercoaster for the three of us and Episode 6, well… my favourite days on set… EVER.

– deeee: If you could have 3 dinner guests dead/alive, who and why? :)
Damien Molony: Hi Deeee, easy… 1: Steven Spielberg, my favourite director. I’d learn from him, listen to every story he had to tell about the making of all his films, and then ask him for a job. 2: Brian O’Driscoll, the Irish rugby captain. He is a massive inspiration for me. And 3: Marlon Brando, just to watch him eat.

– Su hemming: Another one, if you could have taken any prop from the show to keep, what would it be? Xx
Damien Molony: Su, we have a brilliant Props team, obviously. They gave me the massive ‘Show No Mercy’ poster from Series 4, still trying to find a place where I can legitimately hang it without looking a tad strange to visitors. They also gave me Hal’s domino. And a set of house-keys. And a pool-cue…
What I really wanted, but didn’t get: the tea-maker/alarm clock things beside all the beds, I really wanted one of those. The organ would’ve been pretty cool too.

– frances:  We all love Hal. Have you based him on anyone in particular?
Damien Molony: Hello Frances. Hal is based on a few different people I’ve met, some characters from films (vampire films and others). And I did a lot of research on addiction and recovery. You have to be a very good at people-watching in this profession.

– AmyLisaa  Please: Tell us, what /does/ Kia-Ora do to Hal?
Damien Molony: AmyLisaa, this is one of the questions I get asked the most. Here’s a question for you: what do YOU think it does to him? I’ve always had a theory that Kia-Ora makes *THIS POST HAS BEEN REMOVED BY SITE MODERATORS*

– Jade: Hi Damien, I’m aspiring to be an actor myself, I’m in my final year of sixth form and I’m hoping to go onto University to carry on studying Drama. I was wondering, do you have any tips for young actors like myself?
Damien Molony: Hi Jade. The main tip/note I always give myself is: « Listen to the other person in the scene. » Immerse yourself in the world of theatre and film, join and support amateur theatre companies. Read plays. Go to the theatre, watch TV and films. Have role models, which actor would YOU like to be like? Why?

– Peacock_Gemstone: We’ve seen Hal in lots of different costumes/clothes from the army uniform, THE tweed suit, Leather Jacket and who can forget Marigolds… what has been your favourite?
Damien Molony: Hi Peacock_Gemstone, we have an amazing costume team on set. And they’ve played such a big part in helping to bring Hal to life. My favourite costume is probably the tweed suit: socks, shoes, trousers, waistcoat, shirt and jacket. All together, when I put them on, I am Hal. The suit Hal wore on that date with Alex was great too. And there are two costumes in Episode 6 this year that are my favourites for Series 5!

– Paula Mc: Hi Damien, how are you? You are fab as Hal and my question(s) are:   Which film adaptation from a book would you star in and why?   Thanks and take care.
Damien Molony: Thanks Paula Mc. I would love to play one of the devils in Paradise Lost. Milton’s book is an incredible piece of literature, from the language to the Charles I parallels to the epic story. I’d love to play Belial, give Captain Hatch a run for his money.

– Georginaaaa: DAMIEN! My question is: What cheese would you describe yourself as?
Damien Molony: Georginaaaa, I’ve just had some taleggio on toast for supper. I am definitely Taleggio, I am cool and calm in cold environments but put me in a hot climate and I melt and subsequently burn faster than you can apply your Factor 50! 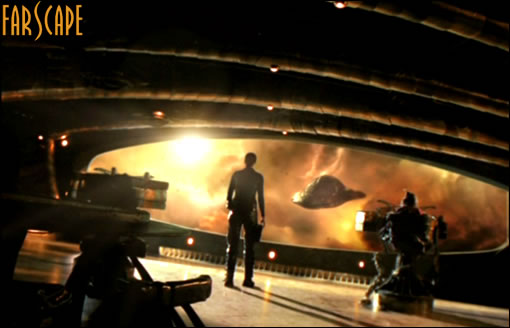 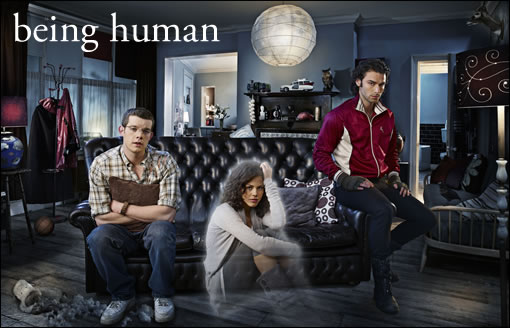